Edward Abbey and the Other America

Why the surly hatred of progress and development, the churlish resistance to all popular improvements? … [B]ecause we like the taste of freedom; because we like the smell of danger.
– Edward Abbey, Beyond The Wall

The novelist and polemicist Edward Paul Abbey has not quite dropped through the
memory hole, much like one of his favorite poets and philosophical inspiration, Robinson Jeffers,
but one suspects his is a name that may not endure in the popular mind.

Filmmaker ML Lincoln has done a wonderful job bringing to the big screen one of America’s larger than life characters. A man who truly lived on his own terms and bowed to no master. No kneejerk liberal or kneepad Tory, as he liked to say about himself. Hard to pigeonhole, Ed was a
Democrat in the tradition of Henry Wallace but he
was also a life member of the NRA and deeply opposed to a multi-ethnic America, as he believed the working class would never get a square deal in competition with the masses of brown laborers.

A multitude of reasons exist as to why he may yet be forgotten by future generations not old enough to remember him as the premier spokesman for the defense of the wilderness of the Four Corners area. Abbey would be a man without many mainstream supporters today, given his mocking condescension of organized religion, an inability or disinclination to portray “complex” female characters in his writing (which led to charges of misogyny by the chattering classes), his support of negative population growth (despite fathering five children with multiple wives). Perhaps the most salient reason he might be dropped by all but the most diehard supporters is that he was a race-realist; a tour of duty as a New York City social worker in the early 1960s disabused him of liberal pieties regarding racial differences.

Even a cursory review of his work will reveal enough real speech that would see him banished to outer darkness were he to appear on the literary scene in this century. He lived a portion of each year in Tucson and saw firsthand the effects of mass immigration on his desert home, which led to this (unpublished) letter to the New York Times:

The United States has been fully settled, and more than full, for at least a century. We have nothing to gain, and everything to lose, by allowing the old boat to be swamped. How many of us, truthfully, would prefer to be submerged in the Caribbean-Latin version of civilization? (Howls of “Racism! Elitism! Xenophobia!” from the Marx brothers and the documented liberals.) Harsh words: but somebody has to say them. We cannot play “let’s pretend” much longer, not in the present world.

Stop every campesino at our southern border, give him a handgun, a good rifle, and a case of ammunition, and send him home. He will know what to do with our gifts and good wishes. The people know who their enemies are.

Proud of his father who was a Wobbly, Abbey took after his old man’s politics and was certainly a man of the Old Left with regard to economic injustice and in securing a stronger position for the working man. However, un direct contrast with today’s social justice warriors, who demand an amnesty of the 12 million illegal invaders who have transgressed
our border, Abbey was a man in the tradition of Samuel
Gompers and Cesar Chavez and other Labor leaders who recognized that the key to raising wages for the working class was shutting down the flood of new laborers—something on which GOP businessmen and world-improving Democrats are not exactly keen.

I suspect Abbey would have shared the sentiment of the title character from Tito Perdue’s novel, Lee,

There’d be but one city soon, and four hundred million in it inspecting one another’s rumps. (He wanted a small world getting smaller, and a fine people living in subtlety off the ruins.)

While highlighting the “night work” that Ed did (torching billboards, monkeywrenching bulldozers, scheming to destroy Glen Canyon Dam), the filmmaker failed to bring into the discussion the ruinous impact our incredible population growth has on
the environment. As Abbey pointed out in Desert Solitaire

Unless a way is found to stabilize the nation’s population, the parks cannot be saved. Or anything else worth a damn. Wilderness preservation, like a hundred other good causes, will be forgotten under the overwhelming pressure of a struggle for mere survival and sanity in a completely urbanized, completely industrialized, ever more crowded environment.

Abbey wrote that in 1968, when America still had a population less than 200 million.

One has to believe he wouldn’t be sanguine about prospects for saving what remains of the American wilderness as our country bursts at the seams with a population predicted to surpass 400 million by 2039.

I very much wish Lincoln had called out The Sierra Club for failing to address the impact of population growth. That one of the oldest and most prestigious wilderness protection associations fails to lobby for immigration restriction and a negative population policy is a cardinal failure of that
organization.

Most of the USA is beyond redemption. It is overdeveloped and overpopulated. There is, however, a sacred part of this teeming republic that demands protection and that is the Four Corners. To my mind, there is nothing as spectacular, nothing so beautiful, nothing so enchanting as this part of the world. Read Desert Solitaire and The Monkey Wrench Gang if you want to taste the world Abbey wrote about 40-50 years ago.

Go to Canyonlands and tell me how much better it would be with derricks and pipelines. Go to Arches and let me know how it would be improved with strip mining. Go to the Grand Canyon and tell me how a gondola and a strip mall would enhance the wilderness experience. Better still, if you think in the affirmative on any of the above please drive to The Maze in July and bring back a field report. Don’t worry about water or gasoline or shelter or comfort stations. All will be provided. I’m addressing you, R. Lamar Whitmer. (Abbey wrote that you can always tell a shithead from that initial initial.)

Much credit to Lincoln for highlighting the bold Tim DeChristopher, who put his ass on the line to stop a last minute Bush administration Christmas gift to their friends in the energy business, which would have seen a great portion of Utah’s wilderness decimated. Few, indeed, are the people willing to suffer incarceration in the name of wilderness preservation.

Of course, the Four Corners is not the only part of the USA worth fighting for. Abbey was a leading spokesman for preserving as much of our precious wilderness as possible, for he knew its real value.

ML Lincoln has done a tremendous service in helping keep the spirit of Abbey alive. I am hopeful this movie eventually is distributed to a wide audience and that Abbey’s message resonates with a new generation of Americans, who reject
what America has become and embrace, in the words of Jonathan Bowden, speaking on Robinson Jeffers, the idea of “a smaller America, a more natural America, a more ecologically sufficient America, and a more pagan America.”

The protagonist in The Monkey Wrench Gang, George Washington Hayduke, possessed the “conservative instinct to keep things
not as they are but as they should be.”

Abbey and Jeffers and Dave Foreman and Roger Clyne and others will be proven right, but it may take a long time for the evidence to be returned. Someday Phoenix will be a very lovely city for its remaining 100,000 residents. Someday Glen Canyon will be restored to its pristine state after the dam is overcome by nature. Someday we may finally realize that growth for the sake of growth is not the answer. Someday we may return to the primal values of our ancestors and carve out a sustainable future
for free men and women. 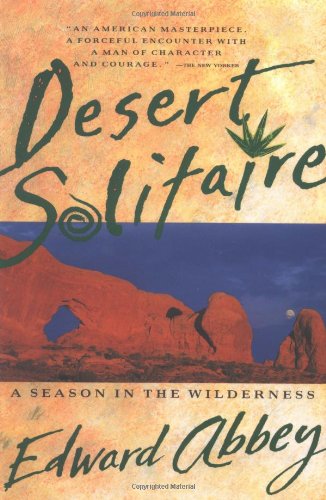 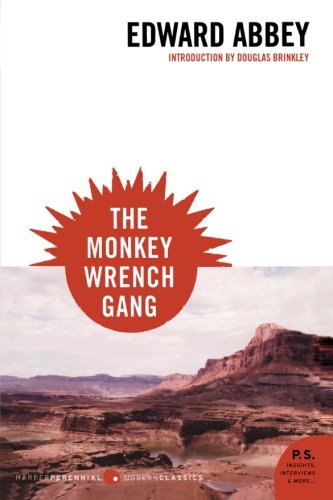